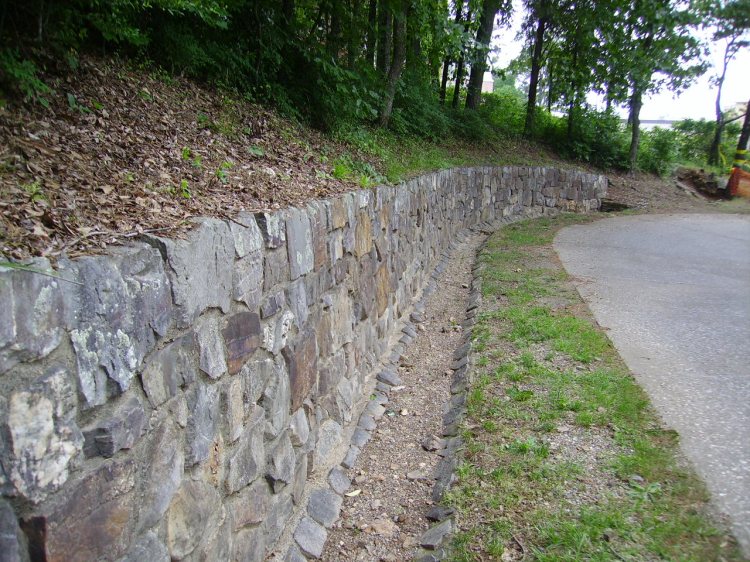 When I was only 8, my family took me to visit a park I remember fondly. It had fountains and rock formations that still exist today. Recently we returned to it and although improvements have appeared, much of it remains unchanged.

One beautiful part of this park is the thousands of rocks placed in formation to create retaining walls. These walls hold back soil and erosion, yes, but long ago, they held back something else, too: starvation. You see, all this rock work was done by the Works Projects Administration (WPA). For all its criticism, it performed two amazing feats: It provided sustenance for 3,000,000 families during the Great Depression, and it beat today’s common welfare to pieces. In fact, reducing common welfare—the dole—was one of the goals.

So during our excursions in this park, I marveled at the beautifully-laid rock work. The terraces and roadways were perfectly preserved from 80 years ago. The fountains and pools in the gardens, although coated with moss, obviously were the result of much pains taking. The warm, inviting craftsman style was perfectly suitable to a U.S. park.

I contemplated the beauty and imagined the men who worked on it. As they labored with this rock, did they cut their hands?  Were they engineers, that they could so beautifully work out the physics for these structures? Did they know what a lovely thing they were making? Could they look at it and realize they were vastly improving our nation? Could they see the vision for the finished project?

Did they live in camps and mail the money, or could they go home every night? And if they went home, did their pride rise as they walked through the front door with their paychecks in hand? Did they bask in their role as the family hero? Did their wives shed tiny tears of joy at the realization there would be food in the pantry again?

Did they ever guess someone like me would come along 80 years later and exclaim at the loveliness of the park? I touched the rocks with something like awe, knowing that once, long ago, someone else full of worry for the future, had handled each rock, knowing this was the only way his children could eat.

And did they dream my son would propose to his sweetheart while she sat on a bench they’d made?

My grandparents were farmers and preachers, so they always had enough.

But somewhere out there is a reader whose grandfather I wish I could thank.

7 thoughts on “Thanks to Your Grandfather”