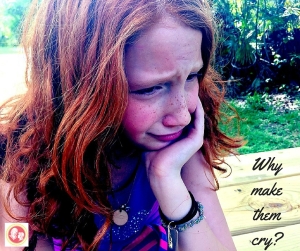 Americans want several things from their government. We expect freedom. We expect protection. We work hard for them.

Although most of the people in the entire world homeschooled at one time, the current, popular, en masse return to homeschooling began in America.

This is the do-by-self country. American parents have always grabbed any challenge that might improve things for their children.

Today’s homeschool is American, transcending all barriers, and the school choice of the parents of one-third of our presidents. It is one big expression of the American way. (Two million strong, now.)

Americans in Arkansas, however, have had to fight harder for this way. In some states, few raise an eyebrow at parents desiring to provide the education. In Arkansas, though, parents struggle to stay one step ahead of their legislators. It seems a case of the government attacking the citizens instead of protecting them.

We’re gearing up for battle again, beating back the legislators again (in spare time we want to spend on our kids.) A new proposal is poised to posture itself before the legislature, wasting yet more time and money on hopes for a bill no one wants. Again.

This proposal aims at curtailing our freedom and undermining the privileges and obligations inherent to parenthood.

Lest you think you should yawn at another homeschool gripe, this proposal, if enacted, would make the state the mom, even if you never plan to homeschool.

Especially if you never plan to homeschool.

The time to wake up is now.

Imagine, if you can, your small daughter blood-spattered and traumatized, from seeing classmates and teachers murdered at school, and forbidden to stay home because someone on the school payroll deemed the home (THE HOME!) an unsafe place.

And never mind the child’s own psychologist has prescribed removal from the school situation.

Our new proposal sets this scenario.

Or perhaps your son has refused to “do” a classmate in the locker room. He has been kicked in the lower back repeatedly with a steel-toed boot, is urinating blood, and forbidden to stay home because someone on the school payroll deemed it just not timely.

Never mind the child’s own pediatrician demands removal from school.

The new proposal sets these parameters.

Or try this idea: Your child tells you the most exciting thing he learned in school today is how to put a condom on a dead bird.

Or your mother is near death and your children want to be beside her as much as possible while they still can.

Or your child has MS and must nap daily and eat five times daily and it’s not happening when he’s at school. Not only that, but because his speech is difficult to understand, he is left to sit at his desk and educate himself by reading a dictionary all day, every day.

Or your daughter is receiving sexual threats and her only instructions from school staff?—to kick the bully between the legs.

These things all have occurred in Arkansas schools. Of course, children everywhere are molested, accosted, assaulted, threatened, harassed, or raped while at school. At almost every school. Even the “good” ones.

But in Arkansas schools we would have no recourse.

Even if the children in the above situations were to be excused from attending, in the future Arkansas that we discuss today, it could be after a three-week waiting period.

How can it be that a child could be forced to remain in such a dangerous and dehumanizing situation for three weeks, while grown-ups deliberate about whether or not to allow his removal?

How can the main questions be whether or not the parents need daytime supervision and what the date is!

How can this be happening to Arkansas’ children!

It simply must not be.

Please forward this post to everyone you know living in Arkansas.